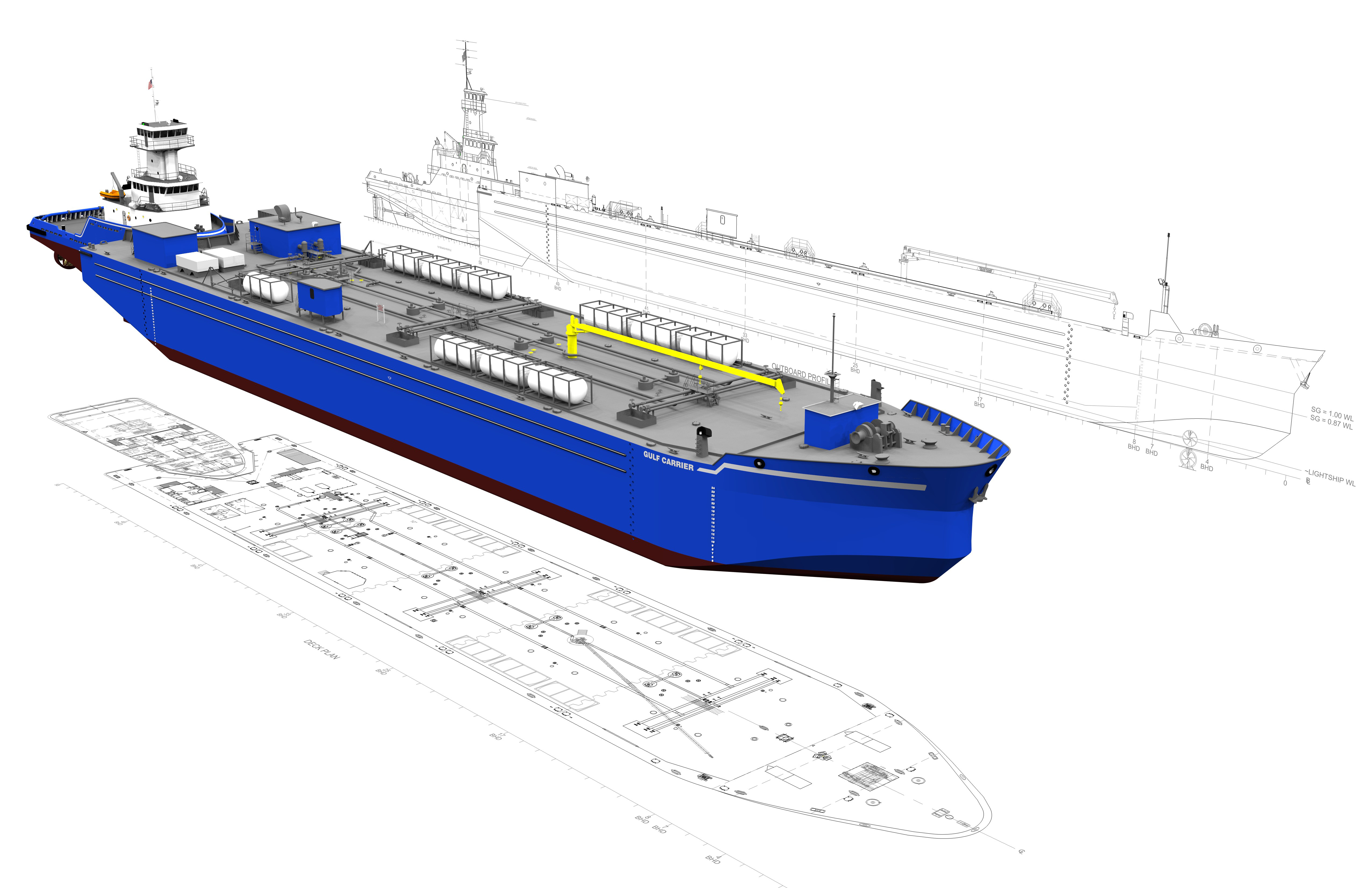 Bristol, RI – April 24th,2015 – Bristol Harbor Group, Inc. (BHGI) is currently completing the detail design phase of a 399’ x 74’ x 30’ 80,000 BBL double hull oil tank barge and a 120’ x 40’ x 18’- 6” twin screw ocean service tug. Both vessels are currently being built under ABS survey at Conrad Shipyard, L.L.C. in Amelia, LA with a 2015/2016 delivery date. The new ATB the Gulf Venture and Gulf Carrier will be operated domestically and internationally by John W. Stone Oil Distributor. It will be used to support the continually expanding shore bases as well as offshore operations. She will be capable of transit and delivery of various marine fuels and associated products.

Computational fluid dynamics (CFD) and finite element analysis (FEA) were used extensively in the design effort. The purpose of the FEA study was to assess the stern scantlings of the barge in way of the INTERCON ladder interface. Similarly, FEA was performed on the tug structure to assess the maximum stress in way of the INTERCON load box. CFD analysis was performed to determine the calm water resistance of the combined unit and optimize the tug forebody and stern rake geometry of the barge.

Bristol Harbor Group, Inc. is a full service naval architecture and marine engineering firm specializing in commercial vessel design and consulting. Over the past 20 years, BHGI has produced more than 50 unique designs, to which more than 100 vessels have been built. These include: barges, tugs, ATB’s, passenger vessels, dredges, and yachts. To learn more you can visit our website: https://bristolharborgroup.com.

Conrad Shipyard, L.L.C., established in 1948 and headquartered in Morgan City, Louisiana, designs, builds and overhauls tugboats, ferries, liftboats, barges, offshore supply vessels and other steel and aluminum products for both the commercial and government markets. The company provides both repair and new construction services at its five shipyards located in southern Louisiana and Texas. www.conradindustries.com.