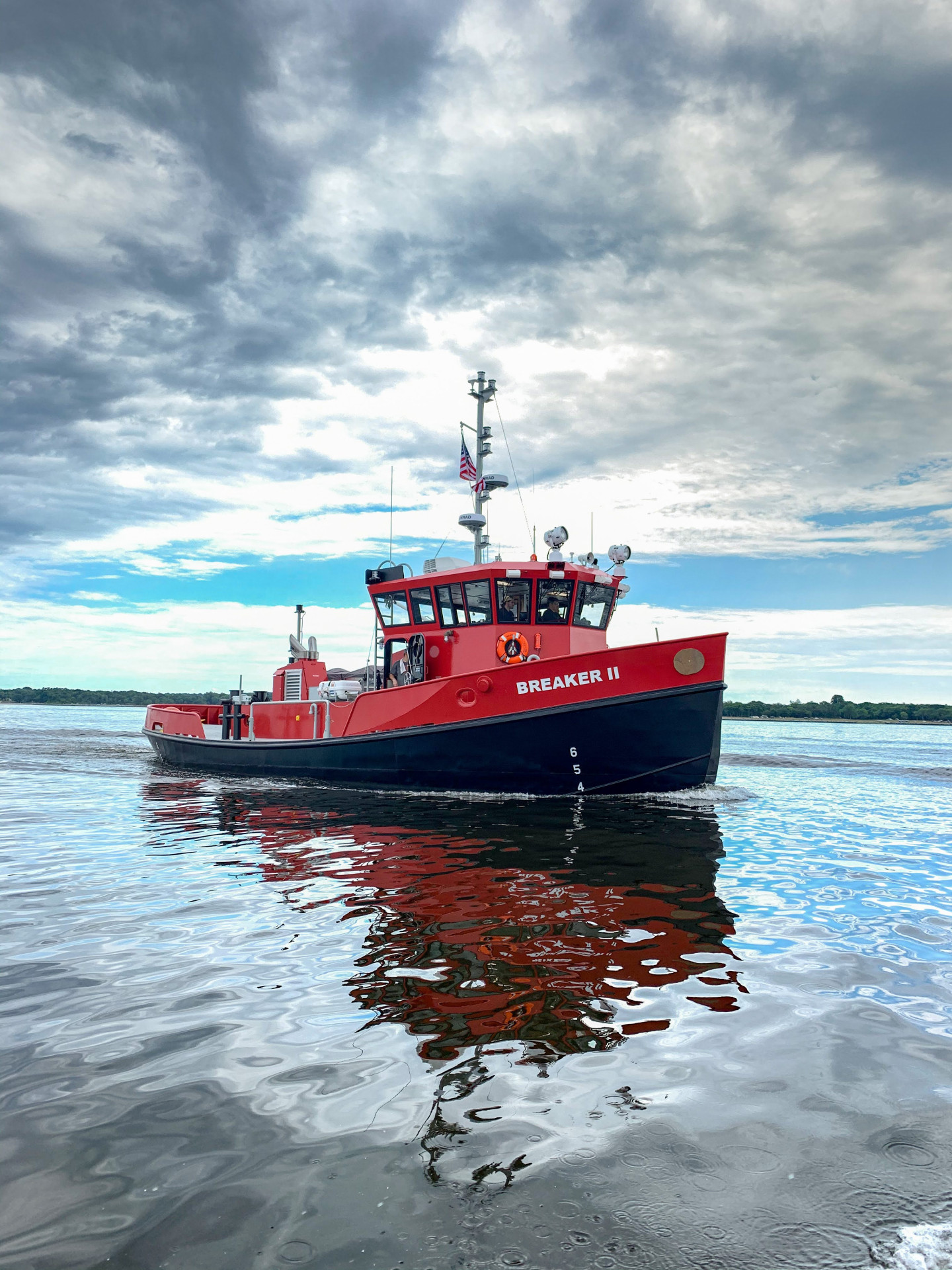 Bristol, Rhode Island – September 22nd, 2020 – The BREAKER II was recently delivered to the New York Power Authority (NYPA) in Buffalo, New York. Bristol Harbor Group, Inc. (BHGI) was selected by NYPA through a competitive bidding process to design and oversee construction of two (2) new tug vessels. The first tug, the JONCAIRE II, has already been built, delivered, and is currently in service. BHGI developed and revised the BREAKER II specifications and bid drawing package in close collaboration with the operators, including significant detailed system design to provide improved ergonomics for the crew. The BREAKER II was built at Blount Boats in Warren, RI where BHGI provided construction oversight services on behalf of NYPA and visited the yard on a weekly basis, as it is only ten minutes away from the BHGI office.