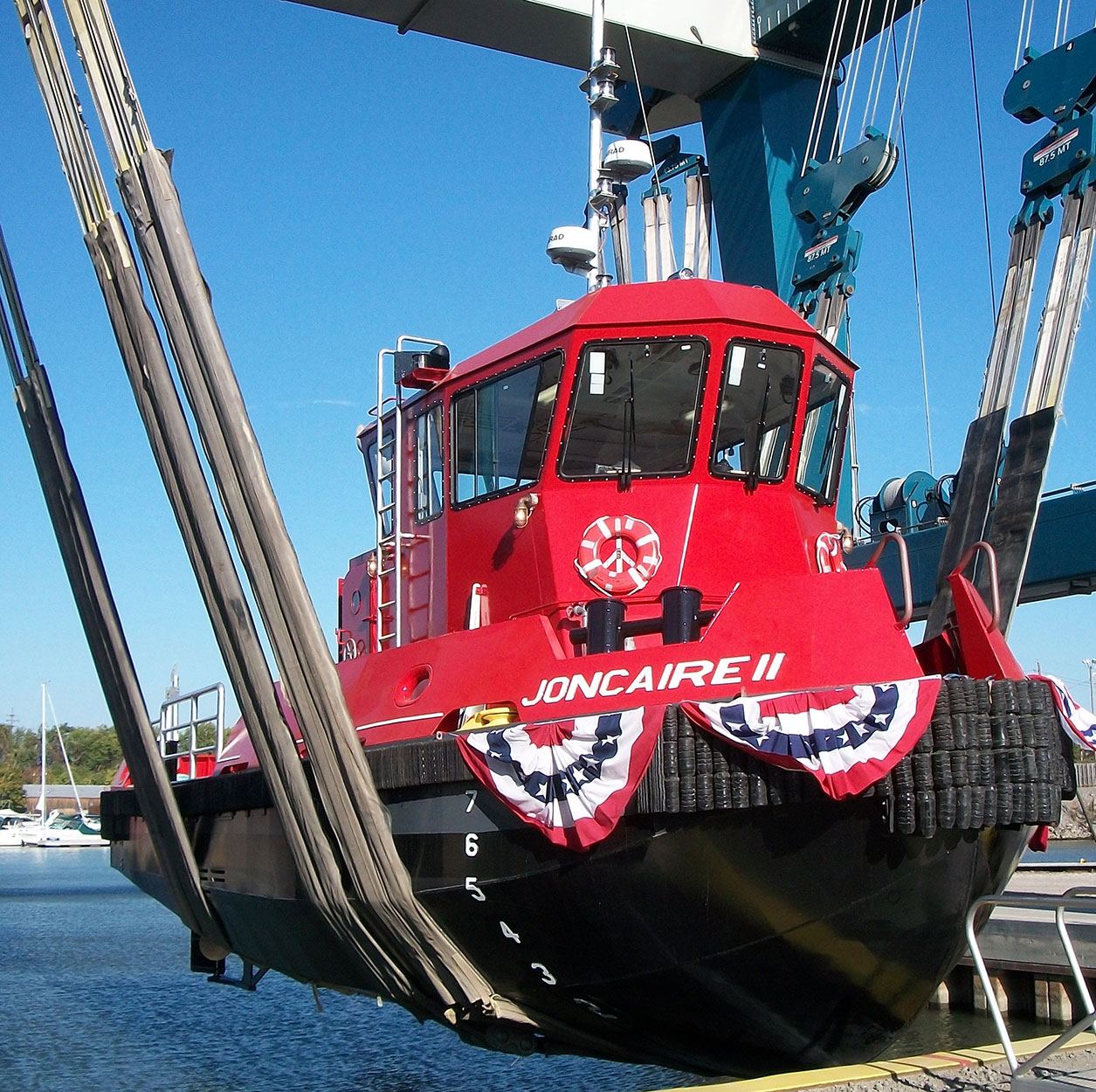 Bristol, Rhode Island – October 27th, 2015 –Bristol Harbor Group, Inc. (BHGI) is pleased to announce the launching of the DANIEL JONCAIRE II, 45’ twin-screw tug for the New York Power Authority (NYPA). BHGI was awarded a contract by NYPA to engineer, design and perform construction supervision support services for two new tug vessels. In 2009, BHGI was involved in the design/build process for NYPA’s new barge, the HAVASU II, which led to a study that compared and contrasted the initial and long-term costs to repair and update their existing tugs, or replace them. The analysis led to NYPA deciding to replace the DANIEL JONCAIRE and the B-1 BREAKER. The new tug was built at Great Lakes Shipyard located in Cleveland, Ohio. The vessel was designed and built to comply with proposed Subchapter M of Title 46 of the Code of Federal Regulations for inspected towing vessels.

The tugs will be used primarily for deployment, retrieval and maintenance of an ice boom annually installed near the outlet of Lake Erie to help protect NYPA’s hydroelectric plant intakes on the Niagara River from heavy ice flows. The vessels will be specially reinforced for operations in seasonal ice. The vessels employ heavy stems for light ice breaking and shell reinforcement along the ice belt. The JONCAIRE II also features an elevated pilothouse for improved visibility when maneuvering as well as a spacious work deck aft to facilitate boom connections.

JONCAIRE II’s sister vessel is to be fabricated and delivered in 2017 in order to give NYPA an opportunity to operate the first vessel and incorporate any changes they feel would improve the tug or its capabilities. BHGI will continue to provide construction supervision services for the second tug.

BHGI is a full service naval architecture and marine engineering firm specializing in commercial vessel design and consulting. Over the past 20 years, BHGI has produced more than 50 unique designs, to which more than 100 vessels have been built. These include: barges, tugs, ATB’s, passenger vessels, dredges, and yachts. To learn more you can visit our website: https://bristolharborgroup.com.