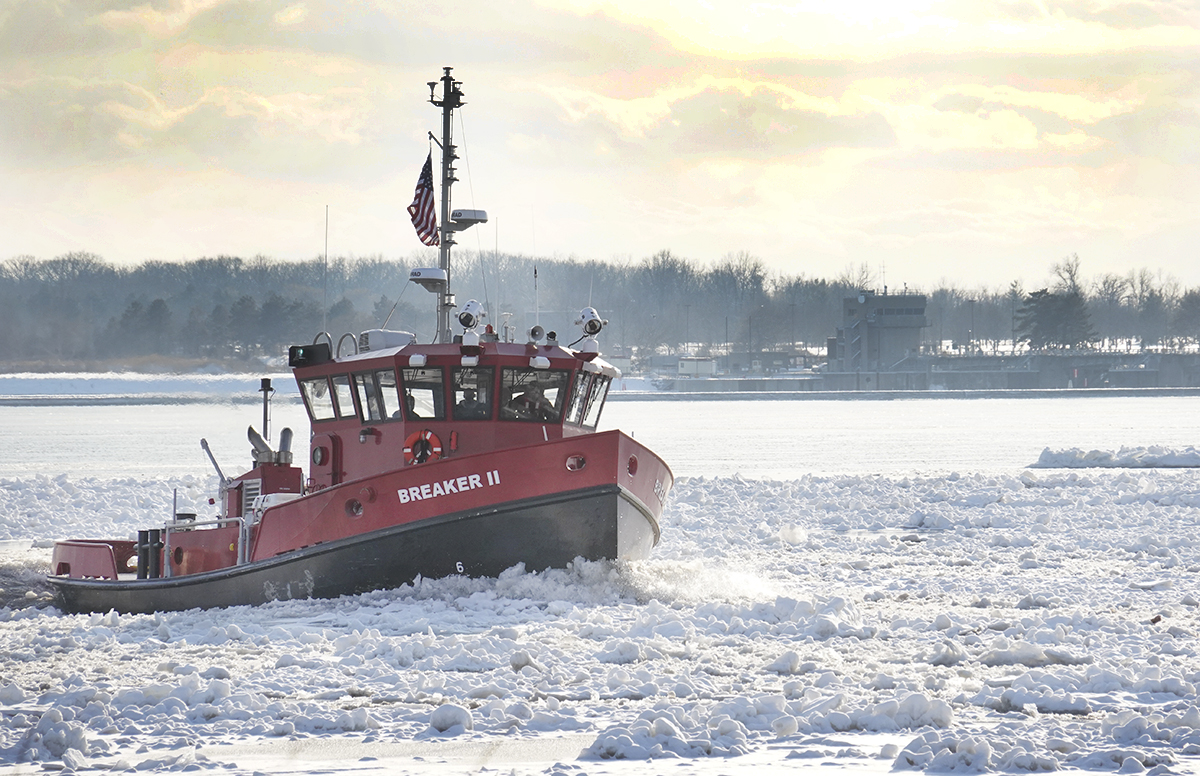 Bristol Harbor Group, Inc. (BHGI) was awarded a contract by New York Power Authority (NYPA) to engineer, design, and perform construction supervision support services for a tug vessel operating in the Great Lakes. The tug is used primarily for deployment, retrieval and maintenance of an ice boom annually installed near the outlet of Lake Erie to help protect NYPA's hydroelectric plant intakes on the Niagara River from heavy ice flows.

BHGI began with an initial site investigation of the B1-BREAKER. The investigation included a detailed review of the existing vessel and its operation, a comparison to the desired specifications outlined in the RFP, and careful consideration of the deviations proposed for the new vessel. The conceptual design comprised of a general arrangement and outboard profile, as well as the weight study and hydrostatics.

In the design phase, contract level drawings and fully detailed specifications were developed. BHGI developed and revised the BREAKER II specifications and bid drawing package in close collaboration with the operators, tailoring the design to its specific operating tasks. The vessel was built at Blount Boats in Warren, RI, where BHGI provided construction oversight on behalf of NYPA and visited the yard on a weekly basis. The BREAKER II included significant system improvements, including a 360-degree visibility from the pilothouse, heating units in all compartments, an air conditioning system in the pilothouse, and ergonomic changes for the crew. The vessel was delivered in the third quarter of 2020.